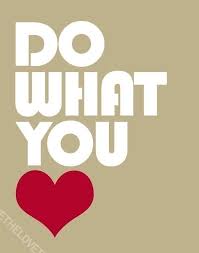 When I was in my Senior year of University for my Bachelor’s degree in Education, I had a revelation that I did not want to teach in the U.S. Public School System. I was training to be a High School History Teacher, when one of my Professors talked about a historical event to which I was defending ‘the other side’. I debated openly in class that ‘there are always two sides to every story’ and that as a Teacher I would teach my students to ‘question everything’ and encourage them to think about things from a different perspective. I would not lie to my students about American History.

He told me that “You can’t teach them that or you will be fired within your first year of teaching.” It was then that I realized I did not want to do something if it does not resonate with what I deem to be true.

I decided that I had spent the previous three years of University preparing for something that was not being true to my self. I talked to my University Advisor about what possible steps I could take to graduate, but not get certified to teach, because I did not want to work in the Public Schools. She told me that it was not uncommon for Teachers to realize it was not the right career path for them during their Internships, and that to follow protocol, I had to see a University Therapist to make sure I was not just ‘stressed out’.

I went through the necessary steps to complete the required University credits to attain my Bachelor’s Degree, but instead of Teaching, I was on a search for a new path.

Initially, I took a job with a Non-Profit organization, the Summer after I graduated, where I was canvassing for political campaigns. I was not cut out for the work and quit soon after I began. I was passionate about the causes and making a change in the world, but discovered quickly you cannot sell ideals.

At this time I received inspiration from song lyrics and books. The book most meaningful to me back then was George Orwell’s “1984”.

I kept hearing messages about not following society’s mold, or as RX Bandits sing about “Mastering the List”.

I kept looking for answers as I took odd jobs just to survive. I have experience working at a Bank, Clothing Store, Coffee Shop, and an After-School Program.

It was not until I began my Spiritual Awakening in 2014, that things began to flow naturally. I read Clarissa Pinkola Estes’ book “Women Who Run with the Wolves: Myths and Stories of the Wild Woman Archetype”. The plan to move abroad and follow my heart was set in place and it was “Do or Die”. I could not keep living a life untrue to my soul.

“Are you livin’ the life that you dreamed for now?
Or are you workin’ workin’ workin’ just to survive?
There’s a war that is waged
In the mind (it’s forced inside)
Between desire and the roles with to comply
I met a woman
She told me her secrets (she said)
Do what you love
Cause in the end we only die…
And though the body may be imprisoned
Nothing can stop the bird of hope from taking flight.”

Writing is my passion. It comes to me as naturally as breathing.

My recommendation: Do not compromise your passion and dreams for an ‘easier’ life.

Ask yourself: “If you could do anything, what would it be?”

Then go. Do that!